The Organization Man: in every person, there is a bureaucrat 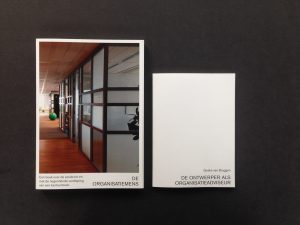 The Organization Man (De Organisatiemens) is a project by Geeke van Bruggen, based on three months of embedded research at the Dutch Ministry of Health. The resulting book is a written and visual diary. Geeke graduated with this project at graphic design department of the Royal Academy of Arts in the Hague in the summer of 2017. In daily life, she works as a management consultant. Below, we present an informal interview with Geeke taken by  Andrei. 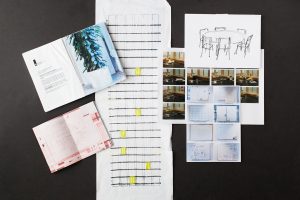 1. How did you come up with the idea for your (graduation) project? And are there any similar projects (that you know of) underway either in the Netherlands or elsewhere in the world?

My graduation project is a follow-up to my thesis, called The designer as management consultant. It describes a world in which rationalization has gone too far, where man is subject to a social environment characterized by a typically modern form of alienation — an alienation which is mostly manifest in bureaucratic settings where employees are not only subject their work, but their personality, smiles and opinions are all reduced to being a function of “the system”. As I saw it, this alienation penetrated the signs, language and culture of various organizations. Designers have contributed to this culture by brushing away contradictions in an endless synthesis of utility and aesthetics. My thesis challenges designers to bring employees back to the drawing board and to have them determine their own cultural environment.

In my graduation project, which is the visual diary we are talking about now, I wanted to explore the tension between man and the work environment in real life. I wanted to know and reveal how being part of an organization influences human behavior.

There are many other artists that are interested in organizational life. For this project I was inspired by some:

2. On the 4th cover of the book, you write that ‘in every person, there is a bureaucrat and in every bureaucrat, there is a person’. What do you mean by this? And why does an artist find bureaucracy so interesting now?

It is very easy to criticize bureaucrats, but at the same time it is very hard not to become one when you work for a bureaucratic environment. What I want to say is that it is only human to show bureaucratic behavior. And there are even some situations where bureaucratic behavior is linked to very praiseworthy values, like precision and impartiality. So I guess this sentence is a kind of disclaimer for me to say, Hey, I understand you, but organizational life also has very freaky sides, in the sense that organizations typically give rise to an in-group that strives for unanimity and thereby overrides individuals and individual thinking, leading to short-sightedness and self-indulgence. For me, bureaucracy is an interesting topic because it is both understandable and undesirable (and, sometimes, straightforwardly dangerous). 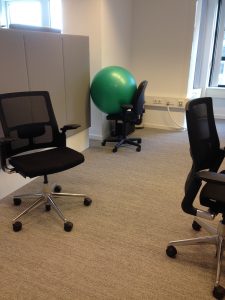 3.  At one point, you note that your book can be read as a ‘pamphlet for the liberation of the organizational man’. What do you mean by the ‘organizational man’ and what does he (or she) need to be liberated from?

I want to make people in organizations reflect on the environment they have become part of, so that they can take stock and change things that have become normal when they shouldn’t be so. 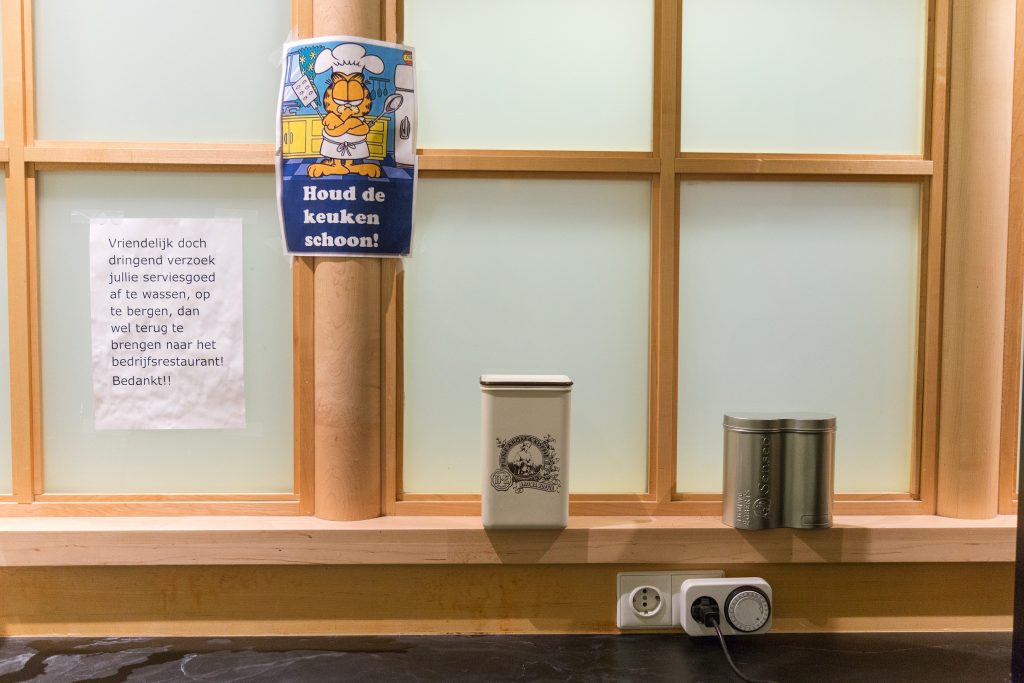 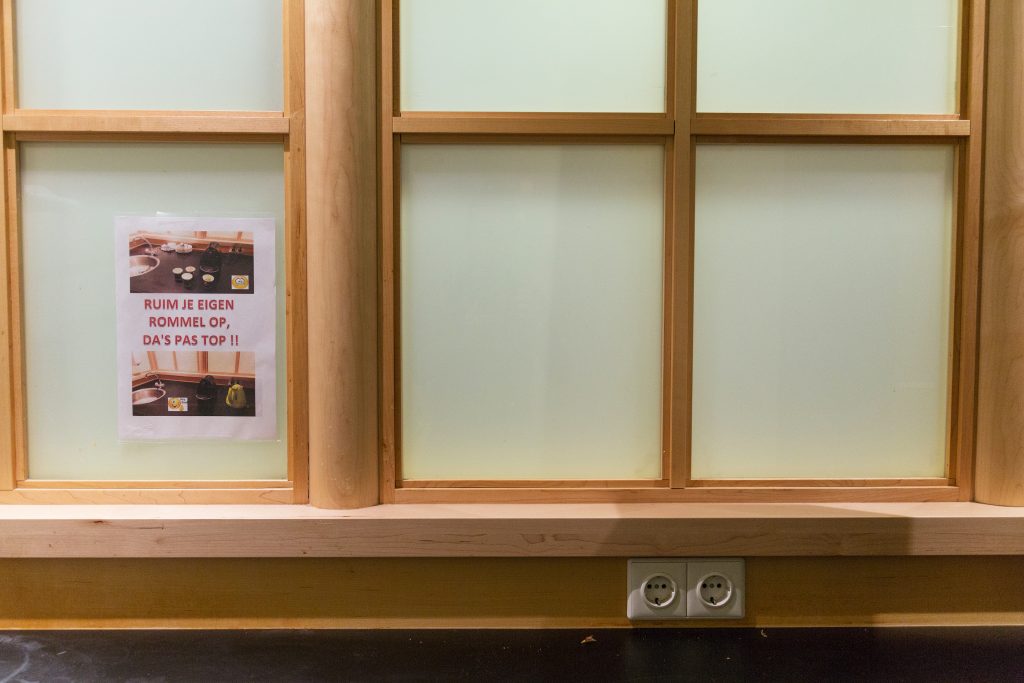 4. A lot in the book seems to focus on the interaction (or contrast between) personal space and professional workspace (for example, the images on pages 76-79). What did you find specific about the way in which these two spaces interact in the Health Ministry’s bureaucratic space and why do you think it is important that we reflect on this?

Indeed, the book is about the interaction between personal space and professionals space, or, more precisely, what happens when you lock up 1000 people in one office-building. I think the simple fact of having to cross security, having to find your floor in a 20-story building and having to fight for a workplace does a lot to a person’s psyche. The images on these pages are an illustration of the widespread frustration that exists within organizations like these and the tendency to get rid of these frustrations, which then creates new frustrations.

5. You include a visual representation of Zorgorgansatie en administratie. Could you tell me more about the origin of these images and why you decided to include them in the book?

Two sections of the book are made up of so called visual essays. These essays are made up of presentations of the clashing values of the system, thereby revealing the contradictions and tensions that are part of it. These values include rationalization, automation, regulation, smoothening, control, and uniformity (vs. spontaneity), personal annoyances, (hidden) ways to reclaim the workspaces, as well as signs of rebellion. The image you refer to is a so-called infographic, explaining to the public (and probably to the civil servants working in this field) how our health-system is organized. Bright colors and iconic images entice us to believe that this world is well-organized and easy to navigate, whereas in real life this world is ambiguous and hard to grasp. In the book, this image is opposed to an image showing a document in which a civil servant tracked the edits he made to a document of his colleague, revealing an unpleasant tone, thereby representing the unruly reality of policy making. 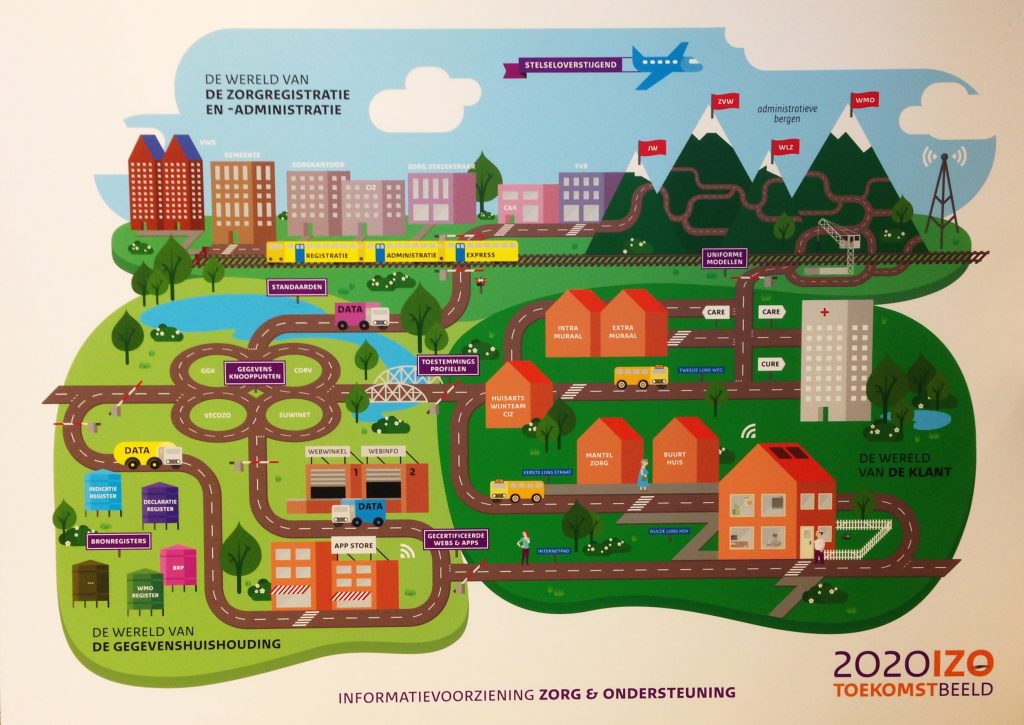 6. Toward the end of the book, there is a list of drawings that represent different furniture structures and shapes (mostly tables and chairs). Does this say something about the activities of bureaucrats and, probably more to the point, about the way they relate to each other and/or to non-bureaucrats?

For this project I made an inventory of all the furniture of the working floors of the ministry, going from the 6th to the 19th floor. I did this to force myself to see ‘everything’. In the book I used the drawings I made as an illustration of the uniformity and repetitiveness of the environment, that is to say, of the controlling nature of the architecture and of the (interior) design. 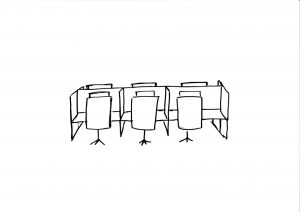 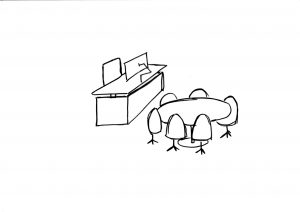 7. The expression ‘organization man’ is, I think, taken from William H. Whyte’s 1956 book, The Organization Man, which is a book that criticizes the collectivist ethics and conformism of people working for private corporations (and not directly for state administrations). In his book, Whyte notes that ‘We do need to know how to cooperate with the organization, but more than ever, so do we need to know how to resist it.’ Do you think your work is an act of resistance? Moreover, where do you see the role of projects such as yours in our relating to the world of bureaucracy and administrative organizations?

Yes, the title is inspired by William Whyte’s book. I think the collectivist ethics and conformism he criticizes is not limited to corporate culture, but also very much present in other big organizations, such as state administrations. And yes, I think my book is an act of resistance. In making this book, I resisted the logic of the system in two salient ways: first, I avoided the concept of “client,” someone who gave me an assignment and thereby controlled the outcome of the project. Second, by resisting the Ministry’s tendency to censure me when proofreading the manuscript. My book is something no one asked for, an alien infiltrating the system. Next to cooperating with the organization and resisting the organization, there’s also trying to change the organization. For this, we must prevent ourselves from ignoring it or pretending it’s not there. For my project to have impact on the phenomenon it reflects on, a dialogue is necessary. That is what I hope to be able to work on as a follow-up to this project.

The Organzation Man is for sale at 25 euros. To obtain a copy readers can email the author at info@geekevanbruggen.nl.